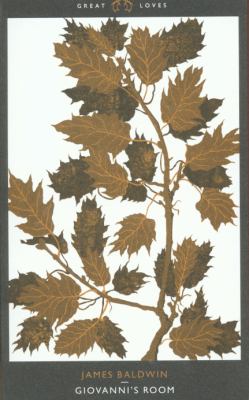 One for my Baby was the original title for Giovanni's Room and the slim intense novel had been rejected by his publisher Knopf Doubleday- not because it lacked fine writing but rather because it would do nothing to serve Baldwin's reputation. This is because with his superb first novel, Go Tell It on the Mountain, Baldwin was regarded as the authority on the 'negro problem'. Knopf Doubleday believed that the homosexuality in Giovanni's Room would alienate the 'certain audience' who bought his books. It was also muted how Baldwin could write such a novel. Wasn't he black and queer and from poor-ass Harlem? What did he know about white expatriates carrying on with the French and Italians in post-World War II Paris?

Baldwin explained that he populated Giovanni's Room with white characters because he couldn't bear the burden of writing about race issues and homosexuality in one book at that time. Shame is one of the central subjects of Giovanni's Room, (finally published in 1956) and recounts a tormented love affair in Paris between the American narrator, David, and Giovanni, an Italian bartender. But that's not stating it strongly enough: the whole novel is a kind of anatomy of shame, of its roots and the myths that perpetuate it, of the damage it can do.

I loved how the book is set out in the first few pages: we know that David has abandoned Giovanni, we know that David's ex-fiancee Hella has returned to the United States, and we know that Giovanni has been sentenced to die. If the first line is anything to go by, it's going to be a treat: 'I stand at the window of this great house in the south of France as night falls, the night which is leading me to the most terrible morning of my life.'

Baldwin does not wish anyone to experience the pain and shame experienced by David and Giovanni but he would want everyone to have the freedom to truly experience love. And it is this freedom that permits Giovanni to be available to the joy and love David finally believes men can't share with one another. Baldwin always maintained he could not write about the dual agonies of racism and hatred of gay people in the one book. The book exposes many American fallacies, the prime one being that this gay love affair will leave David unscathed, and that he can simply move on with his life.

The novel now in 2020 has now stood the test of time and is recognised as a work of pure artistry.