Home> One Chapter More> Beneath the Surface

Beneath the Surface by Fiona Neill 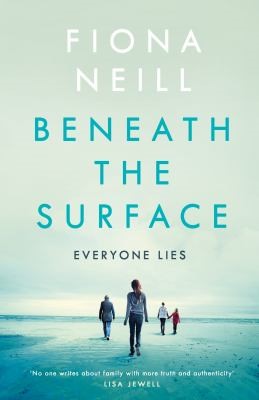 From the outside Grace and Patrick seemingly have a perfect family, while his brother Rob and his wife Ana are unable to have children.

But perfection is in the eye of the beholder and the catalyst to the collapse of a house of cards can come from the most unexpected of places, in this case the physical collapse at school of their high achieving daughter Lilly.

When no apparent medical reason is found for Lilly's collapse, questions are raised about psychological pressure, leading Grace to remove her rose tinted glasses and start to delve into Lilly's real life. Which leads her to remove her focus from Mia, her younger, more problematic daughter!

It soon becomes apparent that every family member is being submerged beneath the pressure of maintaining an illusion necessary to protect their own lies.

Patrick is in financial difficulties, borrowing from his brother in order to avoid facing budgetary realities, Grace is deeply disillusioned by the distance between her reality and the perfect family life she had hoped to create; and their children have their own secrets. Lilly's collapse piles extra pressure on each of them, leading Grace to question everything she thought she believed about her family and as each discovery is made she becomes more and more volatile.

It's inevitable that once the layers start peeling, the secrets and lies will be exposed, drawing the reader into a dark but empathetic tale of family dysfunction borne of unrealistic expectations and the burden of guilt.