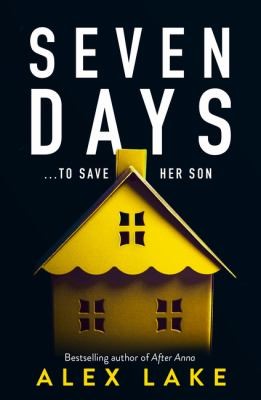 In seven days, Max will be three, but his mother Maggie is filled with dread because on that day he will be taken from her never to return. It's happened twice before and Maggie is determined to overcome her powerless state to stop it happening again...

Which seems like an impossible task as she has been living in a windowless basement for the last twelve years with no contact with anyone but her captor.

Maggie's story is told in two timelines: the present day where she makes the decision that she must find a way to stop her captor taking her son from her; and the twelve years from the day she was abducted. It is also told from a variety of perspectives, including that of her younger brother James.

This really is a horrific situation, and it's hard to imagine that reading about Maggie and Max would be anything but traumatic, which of course depending on your constitution, it could be. However, there is much to admire about the depiction of mother and son, their love, her resilience and determination to overturn insurmountable odds.

It's a human story, almost unbearably realistic, but it is a thriller, especially in the present day timeline, where you are turning the pages almost quicker than you can read.

The author's ability to inject tension into a very static scenario while sympathetically depicting the impact of abduction on not only on the abductee, Maggie, but on the family she was taken from, makes this a must read for thriller fans.