The Book of Dreams

Home> One Chapter More> The Book of Dreams

The Book of Dreams by Nina George 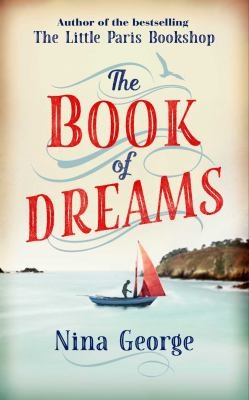 The Book of Dreams features three main characters: Henri an ex-war reporter, Sam (Henri's 13-year-old son) and Eddie, a woman who is facing losing the love of her life. Henri was hit by a car on his way to meet Sam for the very first time, and is now in a coma in hospital.

His bedside becomes the venue for the development of a relationship between Eddie and Sam, each learning from each other through their estrangement from and love of Henri. Henri drifts through his memories only vaguely aware of his predicament. He is haunted by his war-time experiences and by the loss of his father in a boating accident, for which he feels responsible and is drowning in his own guilt.

His adult personal relationships are another source of regret, especially that he was never able to be a father to his son. Sam brings an unexpected dimension to the story, he is a synesthete, someone who experiences sensory input differently to other people, and he can 'read' his father despite his comatose state. As the days pass, Eddie and Sam gain strength from each other, and start to look outwards again. To find a young girl called Madeline, who is also a coma patient, about which little is known. Sam is entranced by Madeline and with Eddie's help he attempts to discover as much as possible about her past, in the hope that he might find something that would reach through and help her return to consciousness. This is a wonderfully sensitive book, dealing with a variety of difficult issues in an informative and involving manner. The characters are all interesting but very human and you feel so sorry for their losses, regrets and missed opportunities. But you are also uplifted by the connections that can be made when all seems lost and the way that love threads through every fibre of this beautifully written story.