Home> One Chapter More> The Confession

The Confession by Jessie Burton 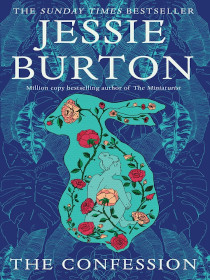 An engaging story about a daughter's quest to discover the truth about her mother who had disappeared 34 years before.. Jumping between 1980s and 2017 the story reveals itself gradually and we build up a picture of Elise, young,impressionable, searching for the next adventure and finding it with author Connie, an older woman who seduces Elise and bewitches her into going to LA with her when her novel is being filmed. The glamour and excitement of 80's Hollywood fails to capture Elise' s imagination and she sees thru the facade of the parties and bling., her dissatisfaction growing as she sees how Connie has been taken in by it. Ultimately Elise is drawn away by a new lover resulting in an unexpected pregnancy, and as she spirals out of control into undiagnosed post partum depression her distress and agony is palpable. Years later her daughter finds an elderly Connie and under false pretences she Inveigles her way into the household and attenpts to unravel the past.

Intriguing and decadent, this story swings us around as we sympathise with different characters in the different eras. The Confession when it comes only partly tells the tale, but our imagination fills in the gaps more than adequately. An excellent story and one which I thoroughly enjoyed -Jessie Burton has done it again!