Home> One Chapter More> The Silence of the Girls

The Silence of the Girls by Pat Barker 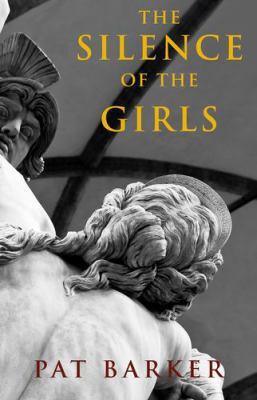 Presented as a first-hand account of Princess Briseis, captured by the Greeks during the Trojan War. She is given as a prize to Achilles and later is the focus of a power struggle between him and King Agamemnon. Through her eyes, the reader is shown the daily lives of the female slaves as they struggle to find ways to survive suddenly becoming a slave.

The tale is a behind the scenes aspect of one of the most well-known battles in history. Readers may already be familiar with the story through the Iliad, though this book is much easier to follow.

Focusing on the female perspective gives the story a new lease of life, it is fascinating to follow Briseis as she struggles to make a new life for herself which is so vastly different from her previous one. Her character is well developed and she can be easily related to. The book very successfully demonstrates the consequences of war on all sides of the battlefield, on the warriors, the families of the warriors and of the sacked cities.

I found the story engaging - however, I would question the title somewhat as at times it felt more of an in-depth analysis of Achilles and his flaws than a tale of female struggles during the Trojan War. I would have liked to have heard more from the other female characters, who were mentioned mostly in passing.

I would recommend this book as a more enjoyable, less taxing version of the Iliad.