Home> One Chapter More> The Volunteer

The Volunteer by Jack Fairweather 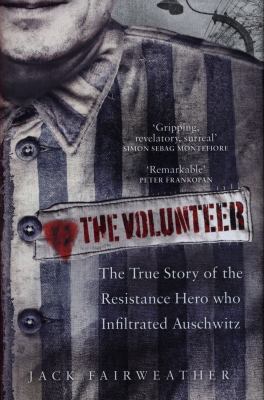 This is the true story of Witold Pilecki, which remained lost for many years after the conclusion of WWII. In an act of near-incomprehensible bravery, he volunteered to investigate Nazi crimes in Auschwitz and uncover the fate of the thousands of people who were being interred there. His mission was to report on these crimes and raise a secret army to stage an uprising. It was only after arriving at the camp that he started to discover the full extent of Nazi's terrifying designs. Over the next two and half years, Witold forged an underground army that smuggled out evidence of Nazi atrocities to the West - atrocities that culminated in the mass murder of over a million Jews. His reports from the camp were to shape the Allies response to the Holocaust, yet his story was all but forgotten for decades.

This book reads like a thriller, it doesn't really read like a biography at all and yet you don't feel as though it's overdramatised in any way. This is the unsung story of one of the greatest heroes of the Second World War.

A book that needs to be read!