Author of the month - Pete Johnson

'How to Train Your Parents' has been his biggest international success to date and has now been translated into twenty-nine languages. The lead character Louis the Laugh has since appeared in six stand-alone sequels with the latest ‘Louis’ book, 'How to Change Your Parents into Superstars' published in 2020.

Pete Johnson was made a Reading Champion by BookTrust in recognition of all his work in promoting reading in schools and libraries. He lives near St Albans. 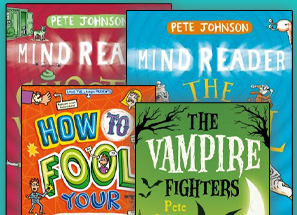